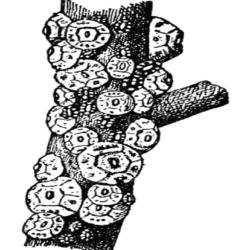 The Barnacle Bias/ The Fixture

Definition:  The Barnacle bias is the propensity to become rigidly attached to a framework, institution or tribe. The Barnacle is not free and may even be fearful or distrusting of freedom.

General Framework:  Barnacles tend to work from a binary framework and prefer to think in black and white terms. They tend to distrust things that are not well defined and get frustrated with disorganization. Barnacles like concrete aspects of reality and greatly value rule keeping, rank, order and process. The Barnacle bias tends to live life defensively, protecting what they have, rather than offensively which exposes them to risk. The Barnacle bias often arises as the result of living at or near a survival level and even though they may not be happy, they remain averse to change.

Relationship to Flow:  Barnacles are affected and sustained by FLOW but their participation is minimal and usually very calculated. The Barnacle bias carefully weighs risk and reward when engaging with others. The Barnacle also sees flow as an unwelcome change as disruption tends to be upsetting. The Barnacle bias defines FLOW as an unknown force that crashes upon them and could disrupt the status quo. They see FLOW as process.

Worldview:  If a Barnacle's view on the world, reality, and others was formed in pain, suffering, or confusion, then certain unhelpful ideas about how the world works can erode hope and optimism, leaving the person feeling stuck. Barnacles are easily bound by duty, obligation, fear or guilt as a means of keeping safe and not losing anything more. Barnacles are believers and defenders of institutions and traditions, because these institutions often provide more resources to them than they are able to provide for themselves. The Barnacle bias sees the world as interwoven processes that can be followed to higher levels of success, but one has to be patient and trusting of them. Their motto is: “Stick it out long enough and things will eventually work themselves out. Barnacles have an external locus of control.

High/Low:  At low levels, a Barnacle is unconscious of any alternatives and may not even realize they are a fixture. Low levels are very passive and employ a strategy of wait and see if a rescuer comes. The are dependent upon institutions, groups, or co-ops for survival.

At higher levels, a Barnacle becomes conscious of alternatives, and may even be aware that they are stuck. This dissonance may not create discomfort for a while. Once it does, this can lead to change if they bravely examine and honestly appraise the institutions to which they belong.  If they are able to turn loose of their frameworks or deficient views of reality they can be poised for transformation. However, in most cases the Barnacle bias typically remains unengaged in change until forced to do so.

Relationships:  The Barnacle Bias tends to be fiercely loyal to the relationships they possess. They will have fewer relationships than other, but they tend to be deeper and longer lasting. The loyalty can have a negative effect if they lock onto a toxic person. There is not a great interest in meeting new people or making new friends and doing so feels like a chore. They tend to distrust most people at first until they have earned their trust. Once they do, they may trust to a fault.

Transformation: Transformation requires the Barnacle bias to recognize and turn loose of the fixtures, institutions, unhelpful tribes and rigid frameworks that have given them security, safety and identity. Trusting something new or nebulous can be very difficult and may take a long time. Usually the pain of change is perceived as greater than the pain of being stuck. Once the pain of being stuck reaches a high enough level, Barnacles will seek the minimal amount of change, usually clinging to the next institution, tribe, or group that will be able to offer resources.

The WAY of FLOw 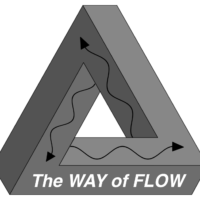